About Crazy & The Brains

Crazy and the Brains (stylized as Crazy & the Brains) is an American punk band. The band was originally Chrisoph Jesus’ solo project at The Sidewalk Cafe in New York, New York in 2013 (though most of the members are originally from Bayonne, New Jersey).

Vice has compared them to Rancid and The Ramones. Earlier press also made mention of their use of xylophone in songs, referring to them as “xylo-punks” and noting ” There aren’t a whole lot of punk bands that feature the xylophone” 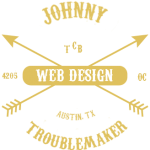